WA to Ban ‘Offensive Slogans’ on Vehicles: Graphics You Should Avoid

New legislation under the McGowan Government in WA seeks to ban certain slogans from vehicles on the road that have been deemed “offensive, sexist, or demeaning”. What does this mean for your vehicle? If you have a vinyl wrap design with your branding and/or perhaps a clever, funny slogan, will you run afoul of this new law?

Putting it Into Context

The legislation is certainly targeted at one Brisbane company called Wicked Campers, who primarily rent out their fleet of camper vans to backpackers in Australia and New Zealand. This company is infamous for its use of spray-painted slogans and designs, almost all of which are obscene or what most sensible people would call offensive.

On one hand, a case could be made that it shouldn’t be any of the government’s business to censor or ban certain words or designs from being displayed on a vehicle. On the other hand, the nature of many of the messages seen on Wicked Campers’ fleet of camper vans could be seen as purposely pushing the boundaries of what is acceptable in society. Moreover, some camper vans have had slogans which were direct threats to individuals. In this latter case, even the most ardent free speech advocates would draw the line. 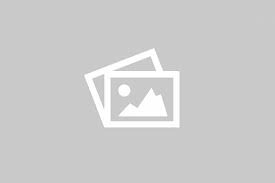 The Limits of What is Acceptable

We won’t repeat the exact slogans seen on some of the more notable examples, but a quick Google search ought to yield plenty of obscene slogans. It is evident by Transport Minister Rita Saffioti’s statements regarding Wicked Campers’ slogans that this legislation is really intended to censor the extremes of the spectrum. Your local plumber with a toilet graphic or mild potty humour slogan probably won’t ever be seen in the same way and therefore probably won’t ever be at risk of violating this law.

Under the new legislation, it should be fairly obvious to most sensible citizens that messages similar to those of Wicked Campers’ vehicles are not something we would want to see ourselves, much less our children who are much more impressionable in their younger years.

In terms of what’s considered acceptable, it seems that pretty much anything else that isn’t on the Wicked Campers extreme of the spectrum should be perfectly fine. When one considers the nature of many of their slogans, such as promoting drug use – involving an activity which is already illegal – a good, honest business with a vehicle wrap wouldn’t ever have this same problem.

Don’t worry about the new legislation if you operate a business and want to promote your brand on a beautiful new vehicle wrap design. If you choose to work with us at Go Graphics, we can ensure that your vehicle looks great, and obviously with appropriate imagery and/or slogans!

Get in touch with us today at Go Graphics and discover our range of design services for vehicles, boats, and commercial signage.

View all posts by Clint Meldrum →